World Wetlands Day was celebrated on Tuesday 2 February. Whitefriars College has its own wetlands developed in the 1990s. Doctor Goodall’s Year 10 General Science alternative path class used the wetlands as an outdoor classroom last week. The group participated in the Introduction to Global Systems wetlands incursion to support their learning by completing hands-on field work. Students sat under the shade of the messmate eucalyptus trees to discuss how the human species has a relationship with the Earth’s biosphere (our life support) and how the biosphere components including the atmosphere, hydrosphere, lithosphere and biota are interrelated. After students could find evidence of these spheres in the College wetlands, soil and water testing were completed. Before the testing one student noted “the water looks disgusting!”. After collecting temperature, turbidity and pH data, the same student was then able to comment “the water is dark because the turbidity (how much particles are suspended in the water) is very high which results in a higher water temperature. Although it looks polluted the pH is 6.5 which means its acidic level is very, very, weak. It’s almost neutral like water.” The soil sample was placed in a jar of water, shaken and after 48 hours the different sand, silt and clay layers settled to reveal the wetlands soil type is mostly clay. The class will follow up this incursion with investigating human impacts in a few weeks. 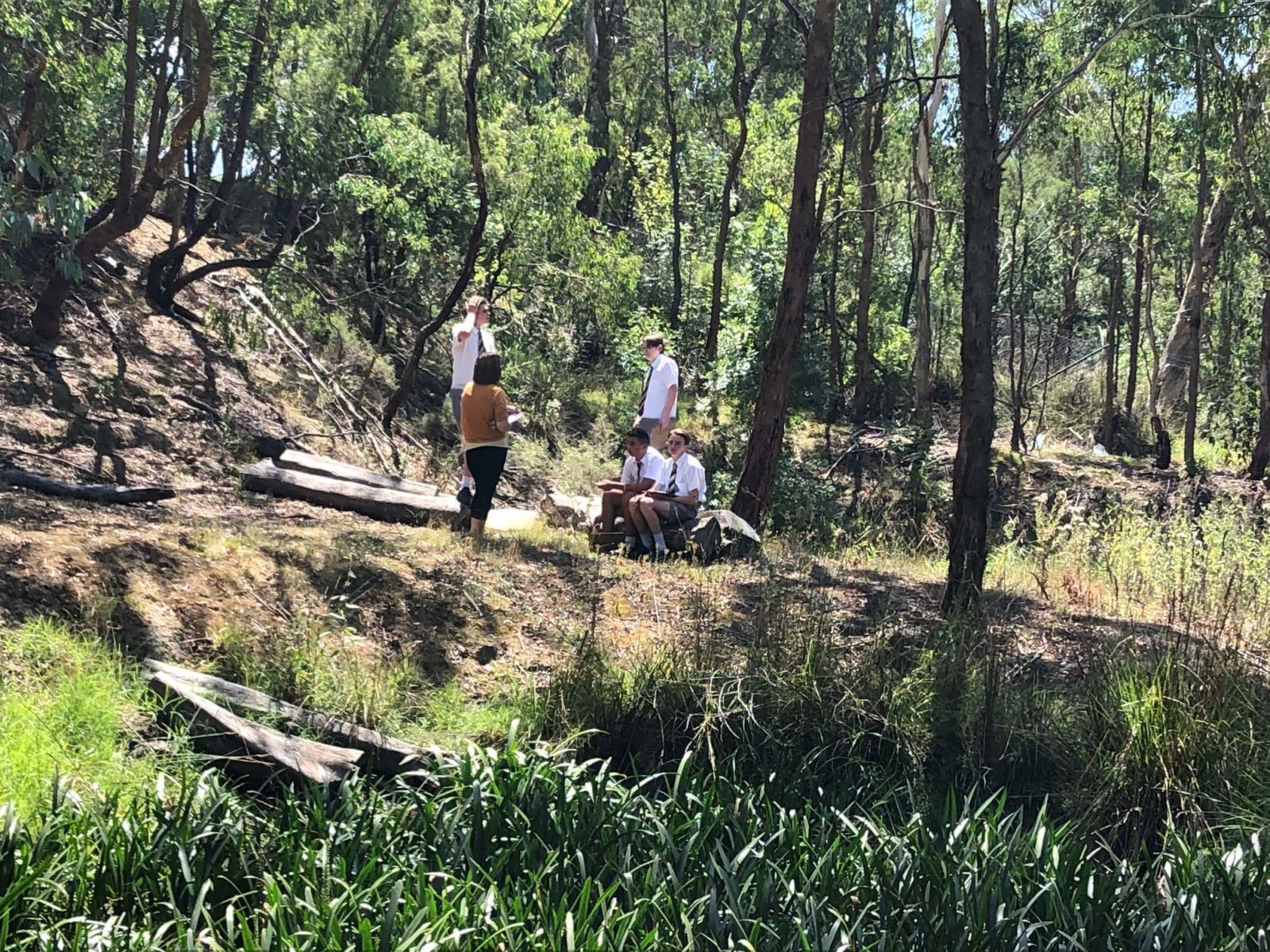 Whitefriars College is fortunate to have a wetlands, bushland and creek in its school yard to be used as an outdoor class to support students learning.