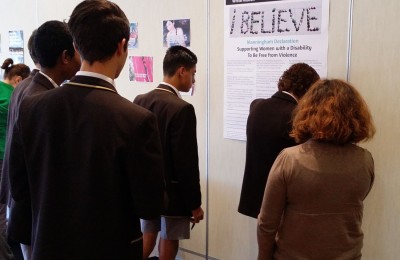 I had the pleasure of accompanying Whitefriars boys to the White Ribbon event at Manningham. They were an exemplary example to the College and were referred to in several of the presenters presentations as being Ambassadors for change. The College was certainly represented well and the student organiser Leyton Taylor was an outstanding representative. He spent time networking with both Police and Fire Authorities. He made suggestions to the Leading Fire Fighter that spoke, Stephen O’Mally that he would work with the College to become a White Ribbon ambassador.

An impressive morning and one that makes me proud to be associated with such a nice group of boys.