Thérèse Martin was born in Alencon, France, on 2 January 1873. She was one of a family of nine children, five of whom – all girls – survived to adulthood. Thérèse was the youngest of these and her mother died when Thérèse was only four years old. She joined the Carmelite Convent at Lisieux in 1888 and was professed a nun in 1890.

Thérèse had a vivacious and open personality. She was a fun-loving, mischievous and somewhat precocious child. Original photographs of her show she grew into a strong, beautiful, robust young woman. She was bold enough to personally request permission from the Pope to enter the Convent before reaching the normally required age.

Thérèse was involved in the training of novices in the Convent at Lisieux and she taught them lessons about God’s love based on her own experiences, rather than on imaginary, romanticised, overly pious interpretations of Christianity. Her primary message was that it is God’s love which saves us.

Whilst Thérèse saw herself as “little” by comparision with God, she had a grand vision of how God could use her. She was very focused on being patient and charitable to those she lived with whom she found irritating. She struggled to do this, however, and in her struggle found herself “at the table of sinners”. This enabled her to have a great empathy and compassion for people in their weakness and struggle. She believed that it was trying to do one’s best in the ordinary circumstances of life and by taking life one day at a time that we become open to God’s love and compassion and mercy and forgiveness. It is in following this “little way” of life that we can also help others be aware of God’s love.

In her last two years of life, Thérèse suffered greatly from tuberculosis, which finally killed her on 30 September 1897, aged 24. In her suffering, she found it very hard to believe in God – but despite her great doubts, she still trusted in God’s love. She identified with the desperate and desolate cry of Jesus on the cross: “I thirst”. As did Jesus, so Thérèse, in her desperate suffering and great doubt, relied on God’s love. Her feast is celebrated on 26 August.

God of love, help us to see that even the smallest things done in love bythe most ordinary people bring peace, joy, energy and life. Help usalso to remember that it is trust in you, dear God, that brings us to know and to spread love. Like St Therese of Lisieux, may we make trust in you, and the spreading of your love, a central part of our lives. 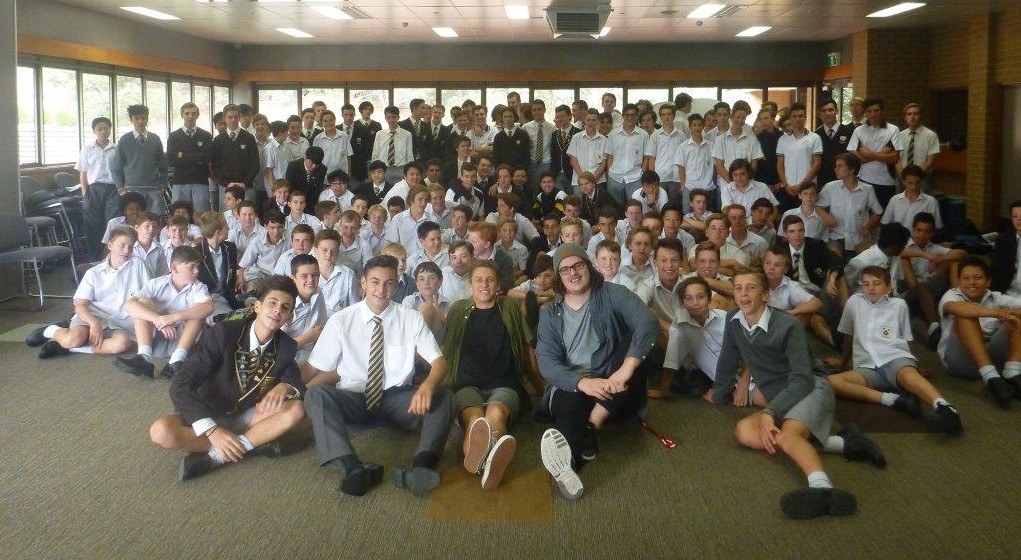 The partnership with The Reach Foundation was establish in 2010 (formerly the charity was Beyond Blue) when the Lisieux boys participated in workshops run by Reach and felt that their experience would also be of benefit to others. The boys wanted other adolescents in our community to be able to experience these workshops dealing with mental illness, resilience, self-esteem and confidence building. By raising money for these workshops, we felt this allowed other adolescents, who were less fortunate, to also have access to them.

As part of our involvement with Reach we invite them to come to the College and run a few activities with the House and to collect a cheque for the money we have raised the previous year. In terms of the activities we run to raise money for Reach, each year, pastoral groups pair with another to run an event or activity that the Lisieux boys can take part in. For example, we have Dodge ball, soccer and basketball competitions where each student donates money to take part in the competition. We also have the famous Lisieux Chocolate throw which allows us to raise a large sum of money for Reach along with the House Charity Raffle which is run every year.

Click here to learn more about the work of The Reach Foundation.