Well done to Daniel Crain who had a very successful trip to Perth last week to represent Whitefriars and Victoria in diving for School Sports Australia at HBF Stadium. Despite coming down with a cold, he was still able to achieve some Personal Best’s.

Below are excerts from Daniel’s event diary:
“My first event was called the Knockout Competition where qualifiers competed in a ‘last man standing’ scenario. I ended up doing a great dive and taking home the gold.”

“On Thursday I had two of my most important events, the 15/16Y platform and the 13Y springboard. I was up against boys twice my size and strength and ended up coming second. I made a new Personal Best… I had a short break until my next event which was my springboard. I earnt another personal best and came out with another gold.” 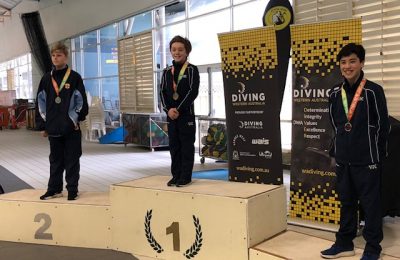 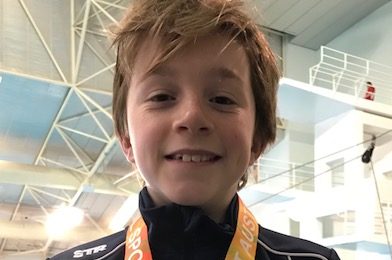