The following is part of an extract from the diary of Fr Frank Shortis describing the first day at Whitefriars on 14 February 1961:

It was still early in the day but the countryside had been exposed to the hot sun of a February morning for three hours. Past the sign which proclaimed the name of a builder, and down a drive which had been smoothed out in the previous months by mobile cranes, carpenter’s cars and trucks with concrete, came a small boy in a grey uniform and a dark brown cap carrying a bag which seemed far too large for him.

That small boy, who had caught a bus to the College, formed a part of the first class of Whitefriars. There were 37 students who were enrolled that year. The staff were Carmelites who had dedicated themselves to the education of young men. They welcomed those boys and their families into a place that was to become a second home to thousands of young men and families who followed. The Carmel of Whitefriars was formed.

On Saturday we welcomed back the first class of our school for their 50th year reunion. These men were known to each other by their number depending on what order they were within that 37 strong cohort! Although some had not been back to Whitefriars for a very long time there was still a remarkable affection between each of them that was clear to all present. A tour of the school confirmed that much had changed. What they were pleased to see was the continuing emphasis on the Catholicity of our College and the clear recognition of our Carmelite heritage. Whilst time may alter buildings, programs and structures, there is a perennial truth in the ethos established by the earliest Carmelites back in 1961. 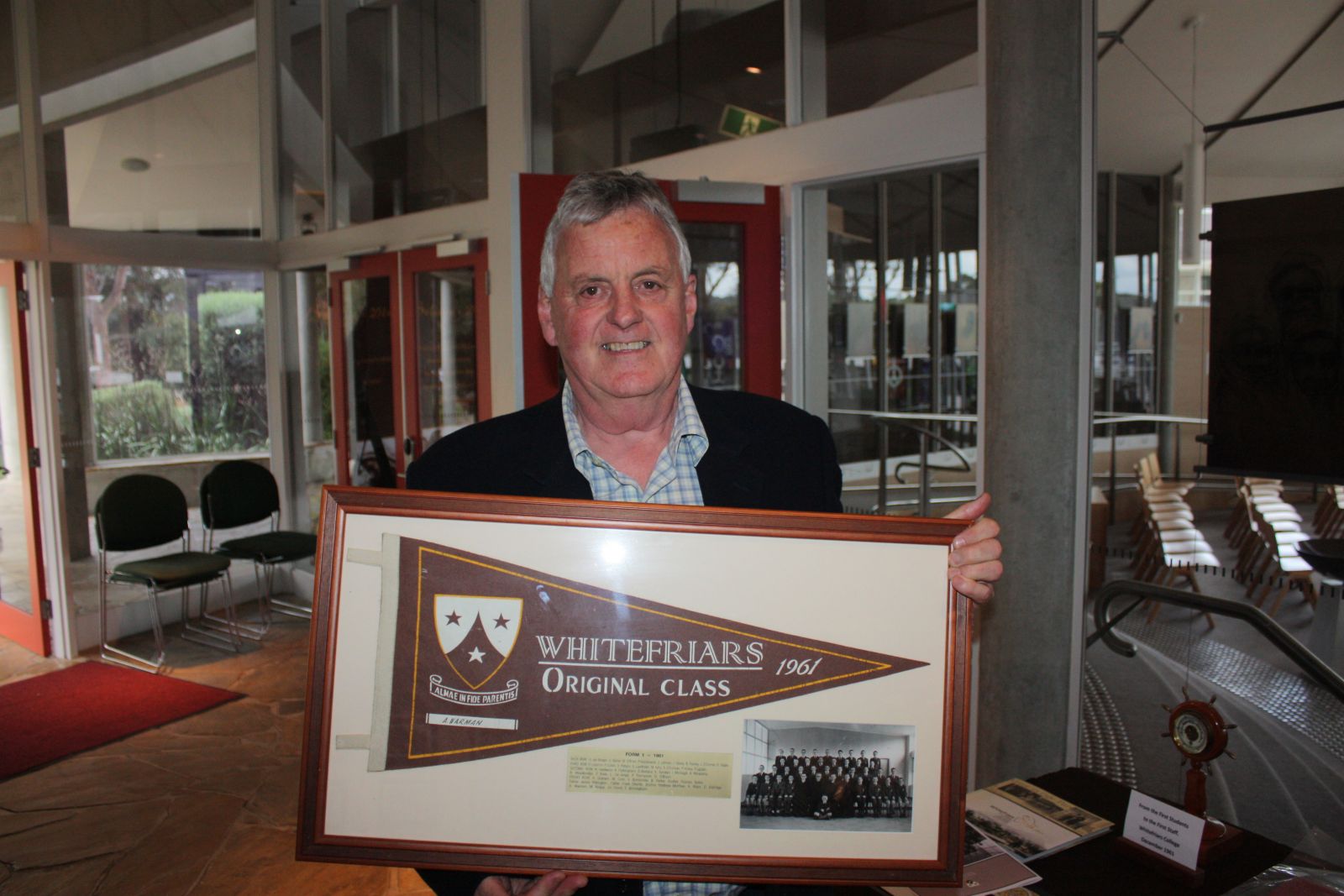 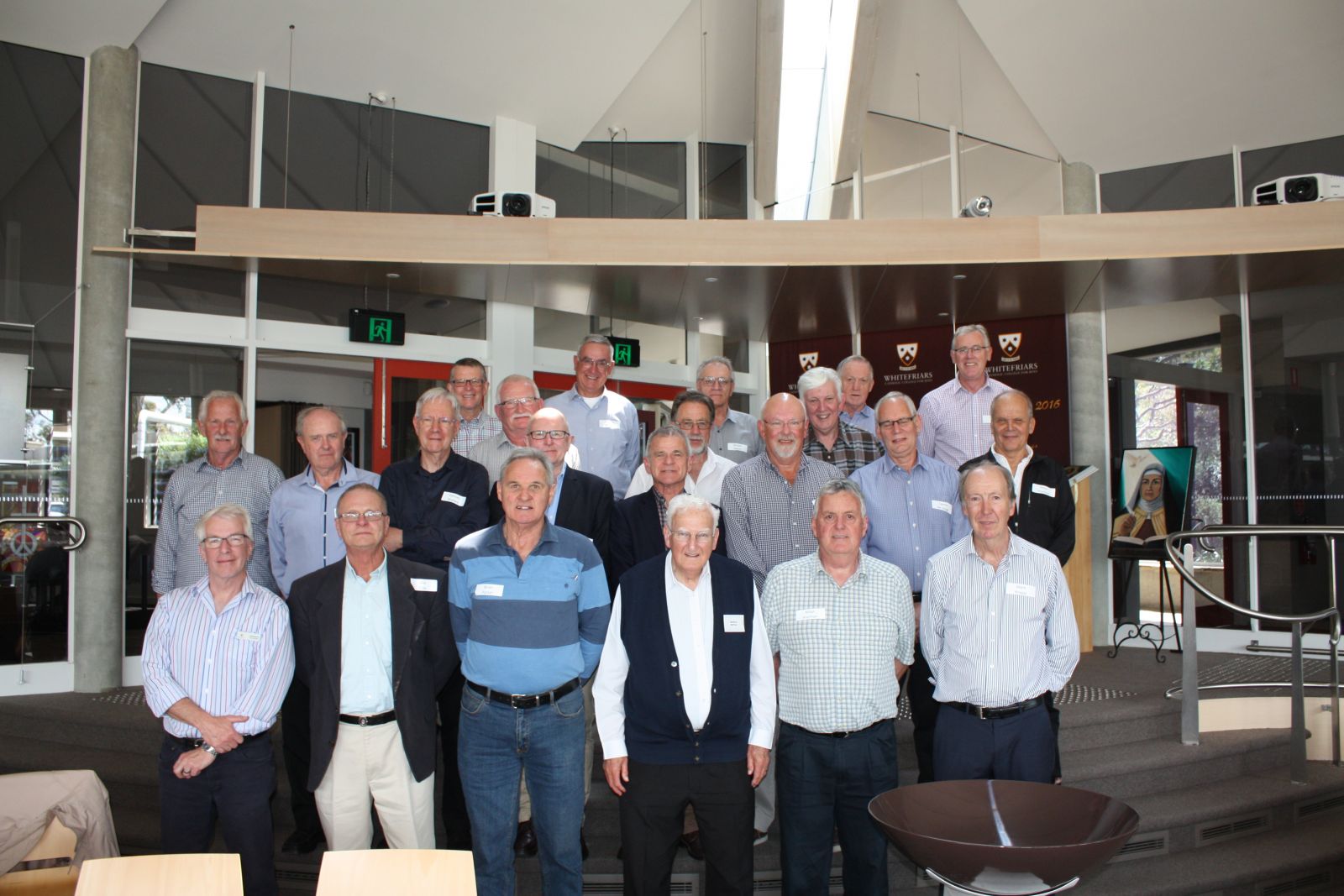 Thank you for your attendance at our recent Presentation Evening. We are always conscious of making this night worthy of our Community and try to be reflective of the many aspects of College life that our boys experience. There is always a balance of recognition, performance and reflection that is needed. Thank you to the many families who took the opportunity to give feedback on the evening; we have had a most favourable response.

Our Year 12 students have now concluded their VCAA exams. We wish them a safe and restful time over the next few weeks. We begin our Flying Start program for the boys moving into Year 12 2017 on Monday. This is an opportunity for boys undertaking VCE Units 3 and 4 and VCAL to be given some wise guidance on what is needed in terms of preparation for the year to come.

Remembrance Day is an important occasion on the Australian calendar. It is always worthy to recognise those who have served this country with pride and have sacrificed themselves in doing so. Such recognition is not glorification but rather a way of holding the memory of such women and men in our hearts.

Our Year 7 2017 families recently attended a transition evening. There was a palpable excitement as we gathered to outline the College processes around supporting each boy with the move from his primary school. Thank you to our current parents who hosted this group and made them feel so welcome.

We had a large group of College volunteers who came together for dinner on the canteen decking. We are blessed to have so many parents who willingly give up their time to support our school. We also had the Mother’s Christmas Mass this week where current and past families gather. Thank you to Fr Michael Gallacher who celebrated the liturgy.

Enabling works have begun on our car parks and walkways. You will receive a letter indicating the necessary restrictions on car traffic whilst this takes place over the summer break. We are also in the process of choosing a builder for the Science and Technology structure. We hope to have this company known by mid-December and have that builder on site during January to begin construction.

We ask that you keep Adam Steiner of Year 10 L1 and his family in your thoughts and prayers on the recent passing of his Grandmother. May she rest in eternal peace.