An Evening of Excellence at Hamer Hall 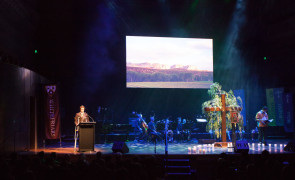 Presentation Evening took place at Hamer Hall last Tuesday. This event enabled our community to gather in large numbers so that we could celebrate the year in a representative way. Thank you to our organising committee for their hard work in giving us a thoughtful and professional experience. The boys were excellent and encouraging audience members. We emailed over 75 families to gain their feedback and had a fulsome number returned. The overall impression was very positive especially around gaining a sense of being one community and recognising many facets of the school. These sentiments have been echoed by parents who have voluntarily given their impressions of the night who were complimentary of the efforts made to be inclusive. The comments around improving various sections of the night were noted. Whilst we would all like to have a venue large enough to cater for our school population that is located in the Eastern Suburbs we recognise that a City venue is the only option in this regard. Thank you to the many families who offered their views. 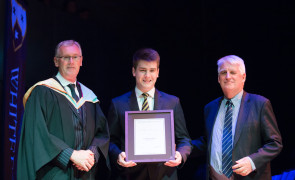 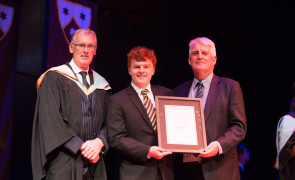 Lachlan Green recipient of
The Principals Award for 2015

Our Class of 2014 gathered on the Canteen Decking last Friday evening. There was a large representation present. It was interesting to hear from the boys about their lives over the past twelve months. There is no doubt that Whitefriars caters for a broad range of interests and abilities. We had young men coming from full time work as they had deferred their studies, others who were absorbed in quite technical and demanding courses whilst others had joined the trades and were enjoying their experience. Inevitably some had changed their course and moved in a slightly different direction to what was first planned. This is all part of the journey through this stage of life. They had many fond stories to recall and enjoyed each other’s company as Old Collegians. 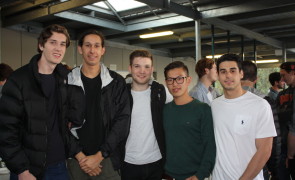 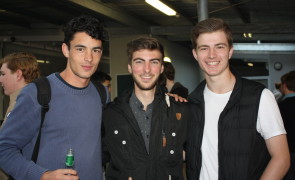 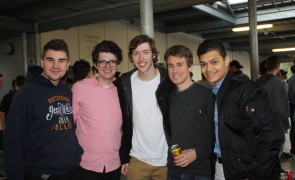 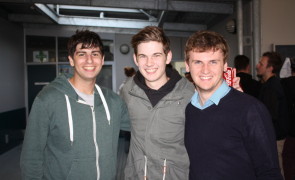 The Mothers’ Christmas Mass was held on Tuesday evening and was attended by a healthy number of people. This was an opportunity to have past and present mothers focus on the role of women especially in the context of the Christmas story. Fr Michael Gallacher was the celebrant. Fr Michael, a former Captain of the College (Class of 2000), relayed his own story and spoke of the betwixt time of year we live in at the moment. In the Church’s year we are planning for a new life and a beginning. In our own lives we move towards an end of year conclusion at this time of the year. He spoke well of the need to hand our cares and concerns on to the Lord and trust in His providence.

As I write this piece our Years 9, 10 and 11 students are in the midst of their examinations in a range of subjects. Many of our boys will be needing to sit for formal Units 3 and 4 examinations in the near future and these assessments aid in recall skills, interpretation and technique. We wish all the boys well with the process.

The Year 7 Camp is underway. This is the first time we have offered such an experience which now forms the first of a three year Outdoor Learning Experience for students in Years 7-9. You may be aware that due to extreme weather conditions predicted on Wednesday there was an early finish to the first group and a delayed start to the second camp group. We must always err on the side of caution and were grateful to have had the feedback from many Year 7 parents who were completely understanding and supportive of this modification to the program.
The reports we have had to date from boys on both groups have been positive.

Our Year 7 2016 families gathered in the McPhee Gymnasium for a Welcome Evening recently. It was lovely to meet so many new faces and to hear of the excitement not only from the boys but, indeed, from the families as a whole. Our incoming boys are here for their Orientation Day on Tuesday of next week where they will meet their Heads of House and a number of senior students. We are working diligently to give every boy the best transition possible.
Our Year 8 and 9 basketballers are off to the National Championships being held in Canberra. They will be competing against strong competition from around the Country and we wish them well in their various matches.
Almae In Fide Parentis