Old Collegian nominated for Youth Personality of the Year

I finished Year 12 at Whitefriars in 2016. Since, I have been able to pave my way into the journalism industry. My journey has never been straight-forward and has taken many twists and turns to get to where I am today. However, it has all been worth it.

I have experience in all three facets of the media industry – print, radio and television where I have been able to hone my craft over the better part of two years. Currently, I am part of the social media team at the Herald Sun, along with hosting an AFL talk show called The Rushed Behind. The award I have been nominated for is the Youth Personality of the Year, as part of the 2019 Antenna Awards, which are the community TV awards for all of Australia. The Rushed Behind has also been nominated for the Youth Program of the Year and Sports Program of the Year awards.

The ceremony is on 5 October at Federation Square and will be televised on Channel 31. Wish me luck! 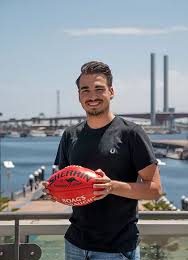