The realms of science are wide and varied and so when Science Week comes up with the theme of Food – Different by Design, the options to explore are endless. For our first event, we chose to look at the ever-increasing demand for environmentally sustainable protein sources for a growing world population.

If you’re squeamish, read no further! The session held over Zoom during Monday lunchtime may have put some people off their own lunch. It was all about using insects as a protein and food snack source. It’s not such a new thing across the world as we learnt that 2,100 different species of edible insects are already eaten by people across 130 countries.

Mrs Ciavarella made focaccia bread topped with crunchy mealworms, dried crickets and then sprinkled liberally with ant-infused salt. After a brief talk about why we need to consider these high protein wrigglers and hoppers as part of our diet into the future, it was revealed that we probably already eat bugs whenever we have red food colouring, or cochineal (carmine E120) in sweets and even as a colouring in red lipstick. The cochineal bug lives on the prickly pear plant and when squashed, oozes out this distinct red colouring that is then harvested and sold commercially. It is favoured as being a long-lasting colourant when other red dyes are not so colourfast.

Eating the insects when they look like insects is another matter though. Mrs Ciavarella put her daughter Sophie to the test during the session when she gave her a slice of this delicious focaccia to sample. Sophie cringed, hid her eyes so she couldn’t see what she was eating and then made several faces to indicate that she wasn’t entirely in favour of these crispy morsels. Luckily, when we might be inclined to use these high protein critters in our diets, they also come in powdered form and are transformed into other more palatable foods, such as cricket muesli bars, pasta and corn chips. They may well become part of the diet of athletes as a high protein powder. Watch out in the next Olympics for high jumpers to create new world records!

When we are back at school, we will be inviting students to come and try these crunchy snacks. 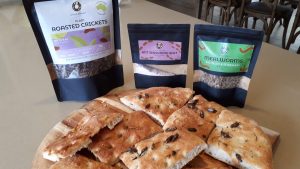 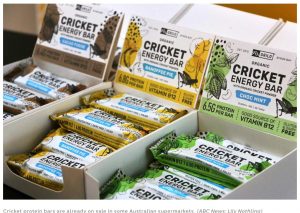 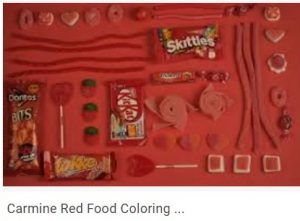 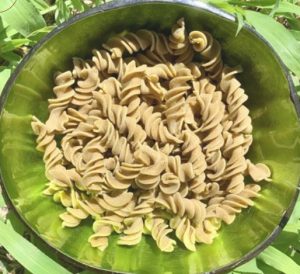 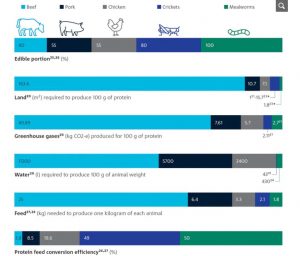