Back
Middle Years Production: Murder in the Knife Room – Book your tickets now!

It has been a big term in the Performing Arts faculty, and the final key event in our calendar is the 2022 Middle Years Production, Jonathan Rand’s Murder in the Knife, featuring students from Years 7, 8 and 9.

A group of strangers gather at large, mysterious mansion with the night soon disrupted by a nefarious murder. One murder. Many suspects. Who killed the mysterious host? Will the inspector uncover culprit in time? The mystery unfolds as the most thrilling and baffling murder case in the history of thrilling and baffling murder cases. This hilarious take on the classic whodunnit features our students both on and off the stage, and will be performed on Thursday June 9 and Friday June 10 at 7pm in the Healy-Wilson Theatre.

The students have been working hard on their performances for many weeks, with the production holding a great opportunity for learning both on and off stage. The production is expertly helmed by Nathalie Fox and Claire Benne and many hours have been put in by both cast and crew to make this show a thrilling, entertaining experience. It has also been a valuable opportunity for our younger students to engage with the theatrical process at a deeper level in addition to their classwork, and bring some wonderful characters to life.

All tickets can be purchased from the following link: https://www.trybooking.com/BZVNQ Bring your friends, bring your kids and support our hard working Performing Arts students as you to try and solve the mystery for yourself! 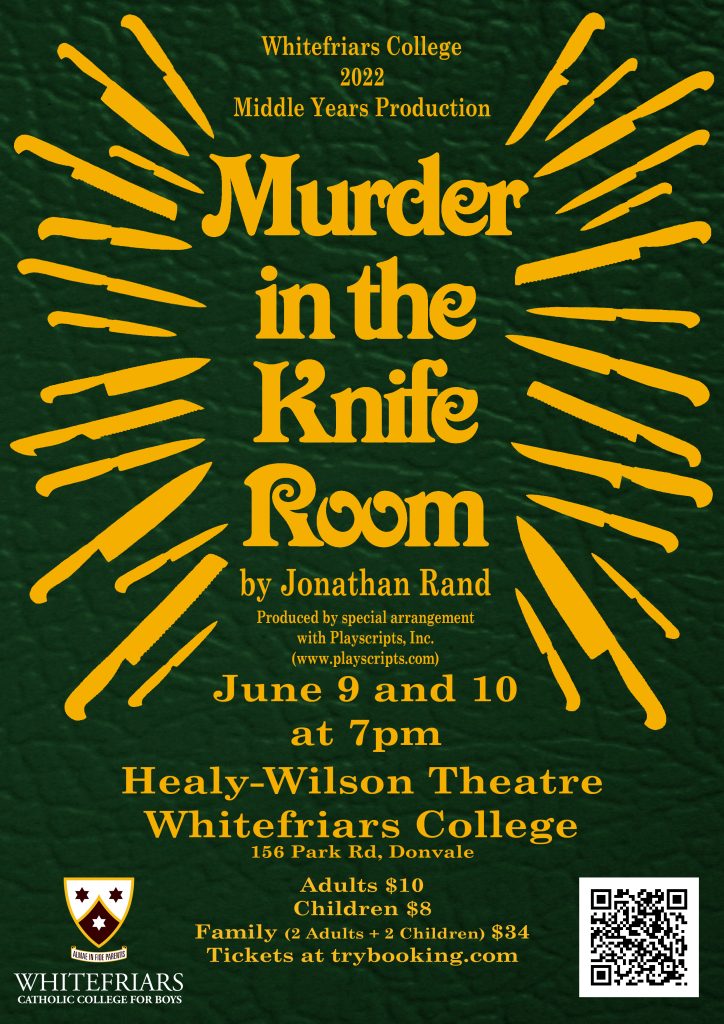