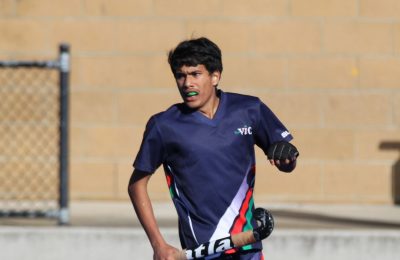 Bevan Fernandes (Year 10) was a member of the School Sport Victoria U16 Boys State Hockey Team that won the National Championships in the final on the weekend. The National Championships event ran all last week at the State Netball and Hockey Centre and culminated in a 1/1 daw against W.A that went to a shoot-out which the Vics won 1/0. Congratulations to Bevan on his involvement in the team’s win.