Back
From the Principal – to live, without expecting anything in return.

There are moments in life when words fail to adequately describe a significant life experience. Reducing such experiences to a mere description of events just doesn’t cut it and suggesting that… you had to be there… is not particularly helpful. Such has been my experience here in Rome over the last couple of days as myself and other representatives of the Whitefriars community attended the Canonisation of Saint Titus Brandsma.

As I stood in St. Peters Square on Sunday, in the presence of our wonderful Pope Francis and about 100,000 other pilgrims who felt compelled to travel to this sacred space I felt a sense of joy and peace overwhelm me as I reflected on the life of this great man, Titus Brandsma.

As with the experience of the event itself it does not do St. Titus justice to reduce his life to a description of facts and events, as significant as they may be. I prefer to focus on the person himself, to understand who he was, what motivated and inspired him and how I can in some small way live his example in my own life.

Titus displayed an incredible work ethic throughout his life. From an early age he understood the value of education and eventually earned his doctorate in philosophy. He was heavily involved in the reform of the Dutch Education system and the development and growth of the University at Nijmegen where he was Professor of philosophy. Titus’ was an excellent teacher whose students described him as a very kind and gentle man. He was often seen after a day of lecturing helping an old man to push his junk wagon up a steep hill, placing his brief case on top while he went.

People who new Titus Brandsma describe him first and foremost as a generous and kind man. During his years of imprisonment under the Nazi Regime Titus tended to the needs of his fellow prisoners, encouraging them, praying with them and lifting their spirits in unimaginably difficult circumstances, often at great personal cost.

Titus was a man of forgiveness and reconciliation someone who always demonstrated a willingness to enter dialogue with those of differing views to find common ground always seeking to find opportunities for encounter and understanding. In fact, he was known among his community as the Reconciler. Again, whilst imprisoned he encouraged his fellow inmates not to hate their oppressors but to pray for them. When some protested that they could not bring themselves to pray for those who persecuted them Titus suggested that they just pray small prayers.

Titus was a man too of great courage who would stand resolutely for his principles even in the face of severe retribution. He would show his firm opposition to some of the occupational government’s measures, including in education where he refused to comply with the order to expel Jewish children from Catholic Schools. He also refused to publish Nazi slogans and propaganda in Dutch Catholic Newspapers. This act alone led to his imprisonment and eventual execution at the hands of the Nazis.

St. Titus was a man of unfathomable faith in God, an optimistic hope in a brighter future and a deep love for Jesus and for all people he encountered along the way. He spent time in prayer and contemplation everyday and believed that we all need to find moments in our day to nourish our spirit and our faith. From a young age Titus also held a very special place for Mary in his heart which would last a lifetime. He looked on Mary as a most significant model in how to live a good Christian life. In one of the many prayers Titus wrote he prays to Mary…

O Mary, who has observed with admiration and motherly compassion the final efforts of your Son,

Help me to remember this when the fulfilling of my task in life becomes too heavy.

about this day. Would he be feeling a sense pride and recognition? I don’t think so, it was never about him, that’s just not the Carmelite way. I believe he would be thinking about the people he encountered at their darkest moments in prisons like Dachau and their pain and suffering. He would be reflecting on the futility of war, of man’s inhumanity to man. At the same time, he would probably be praying for his oppressors and praying for our world that these awful things should never happen again. He would be praying for the people in our world who are suffering right now at the hands of those motivated by power and greed. I think too that he would be wanting to send a message to all of us through his example. To live lives of service to others. To stand up, to have the courage to call out those whose words and actions speak of hatred and prejudice. He would also be looking at me and echoing Gods words to Elijah… Mark, what are you doing here.

Because it’s one thing to attend and experience the momentous occasion of the canonisation of the great Titus Brandsma. It is another altogether to ensure the memory and example of St. Titus is kept alive in my heart and that of our Whitefriars community.

In his homily in Saint Peters Square on that special morning last week our good friend Pope Francis gave us all a clue, a signpost which could help us to live lives worthy of the great St. Titus Brandsma. This is what he said…

Holiness does not consist of a few heroic gestures, but of many small acts of daily love.  “Are you called to the consecrated life?  So many of you are here today!  Then be holy by living out your commitment with joy.  Are you married?  Be holy by loving and caring for your husband or wife, as Christ does for the Church.  Do you work for a living?  Be holy by labouring with integrity and skill in the service of your brothers and sisters, by fighting for justice for your comrades, so that they do not remain without work, so that they always receive a just wage.  Are you a parent or grandparent?  Be holy by patiently teaching the little ones how to follow Jesus.  Tell me, are you in a position of authority?  So many people in authority are here today!  Then be holy by working for the common good and renouncing personal gain” This is the path of holiness, and it is so simple!  To see Jesus always in others.

As we celebrate the life and works of St. Titus Brandsma let us be people who serve our sisters and brothers and offer our lives without expecting anything in return. This is our calling; this is why we are here. 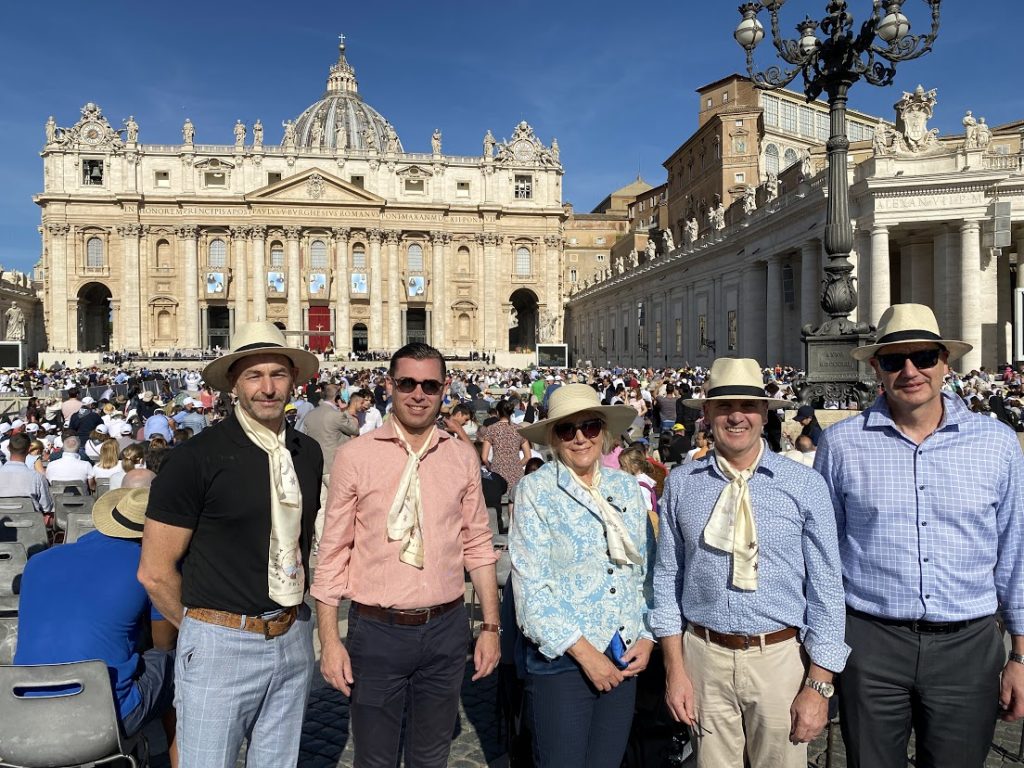 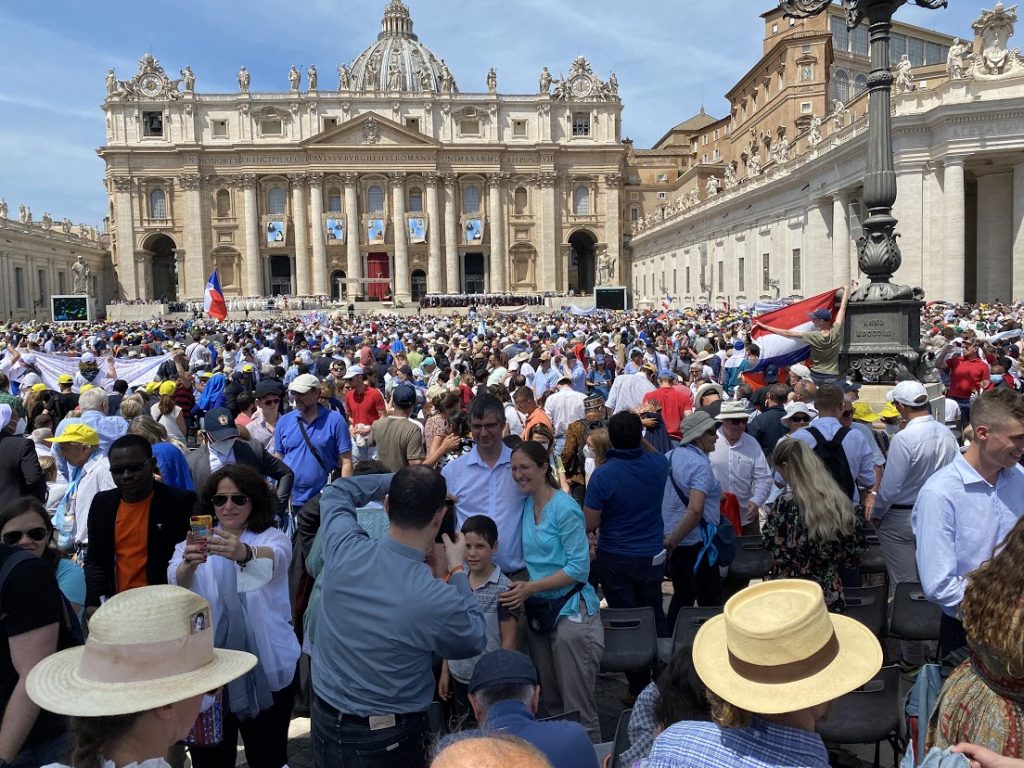 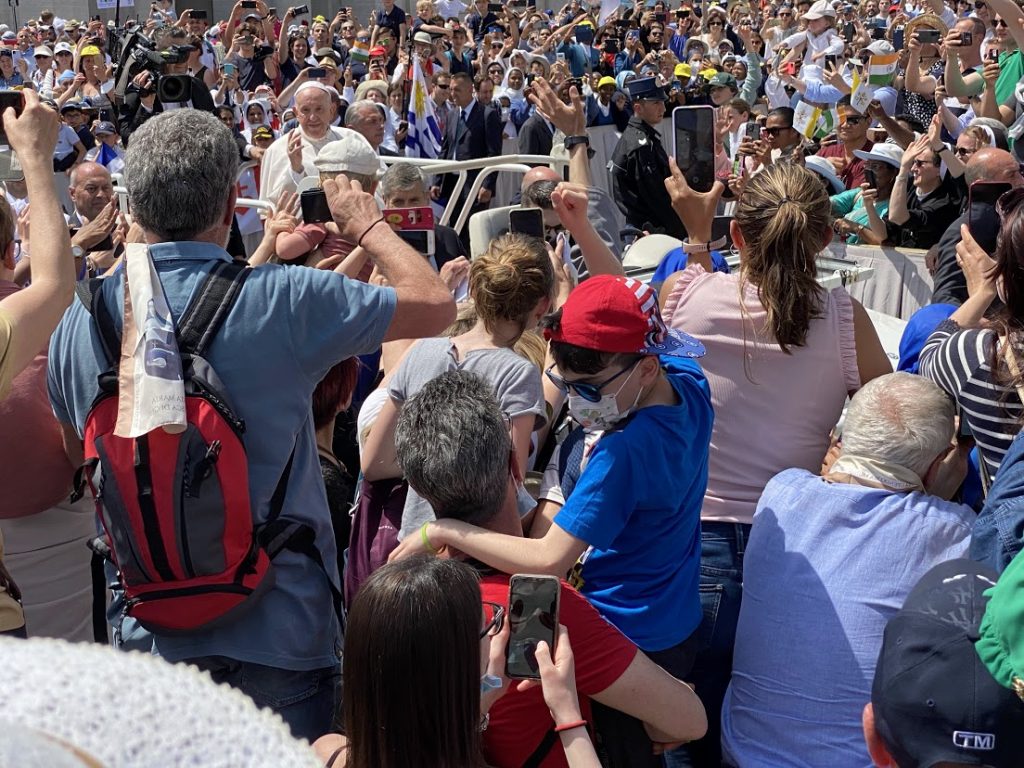 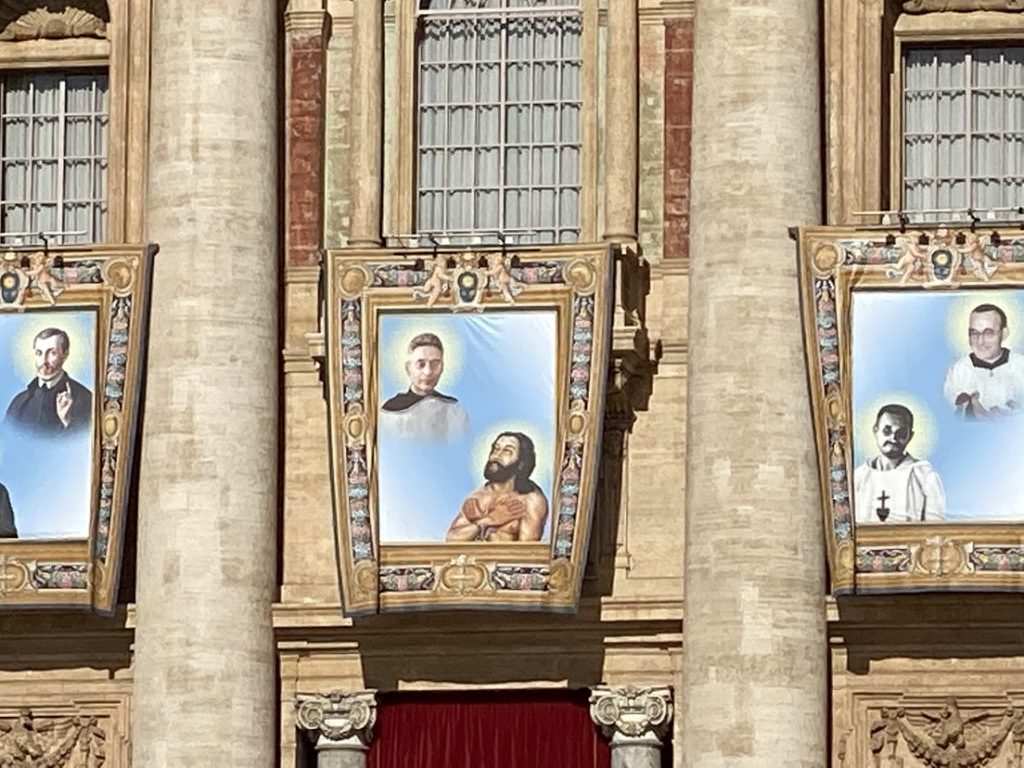