Sophia and the European honey bee colony were inspected last week with the second Friars Hivers Beekeeping group. The group tried on the beekeeping suit, located the first aid box and walked over to the College hive. Tom, the beekeeper, instructed ways to stay safe around the hive using the smoker and avoiding standing at the front of the hive. The College Langstroth Hive was opened and inspected one level at a time – the top floor’s eight frame cells are honey filled and capped, the second and third floor has healthy brooding (baby) cells and only a few beetles present. Only 10% of the colony are males. Male drones were observed during the inspection. They are different from the female worker bees – larger bodies, stingless, eyes close together and waiting for the Queen bee to leave the hive for their chance to mate with her. Due to the wet conditions, the honey harvest has been delayed to early next year. 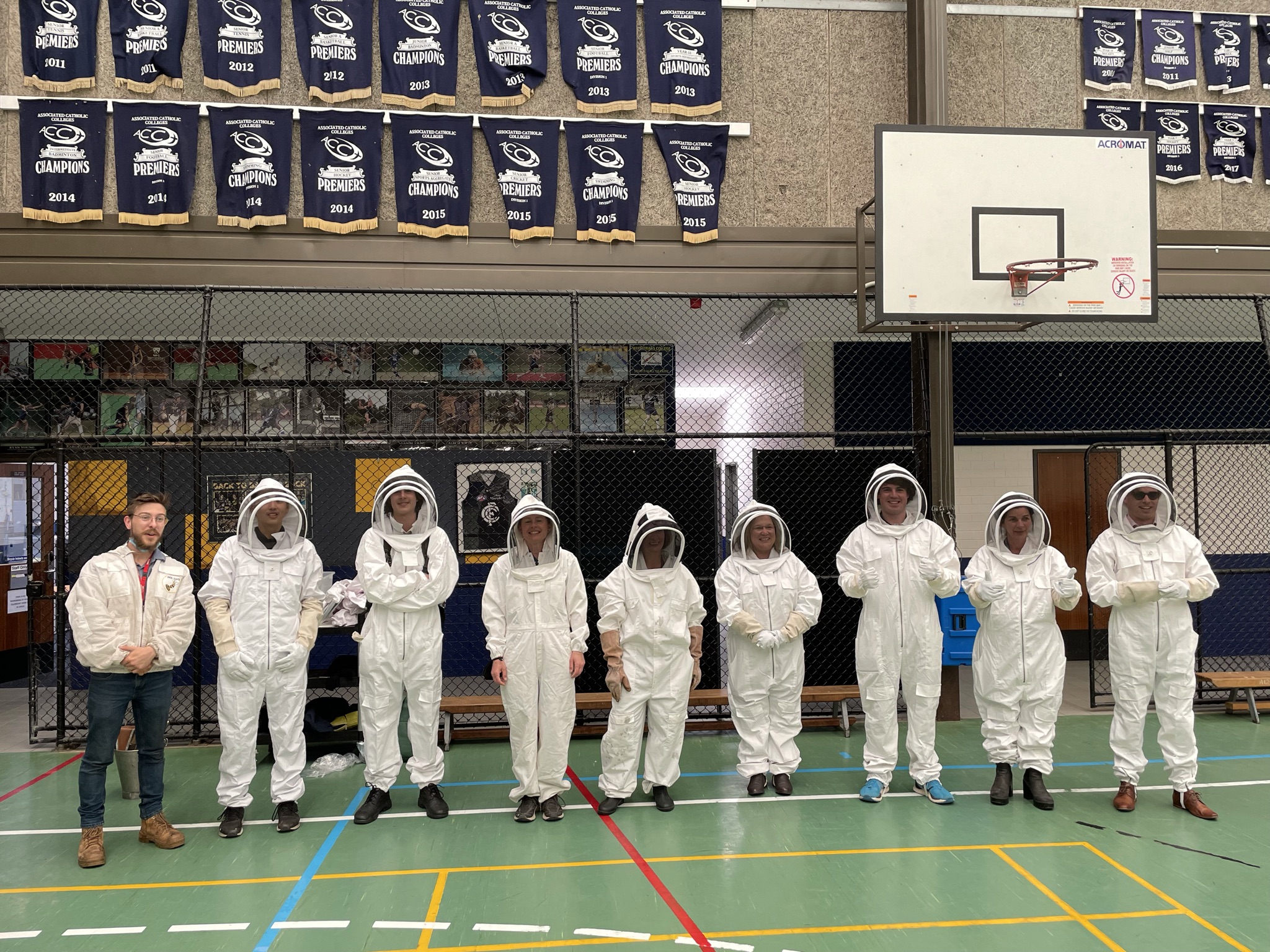 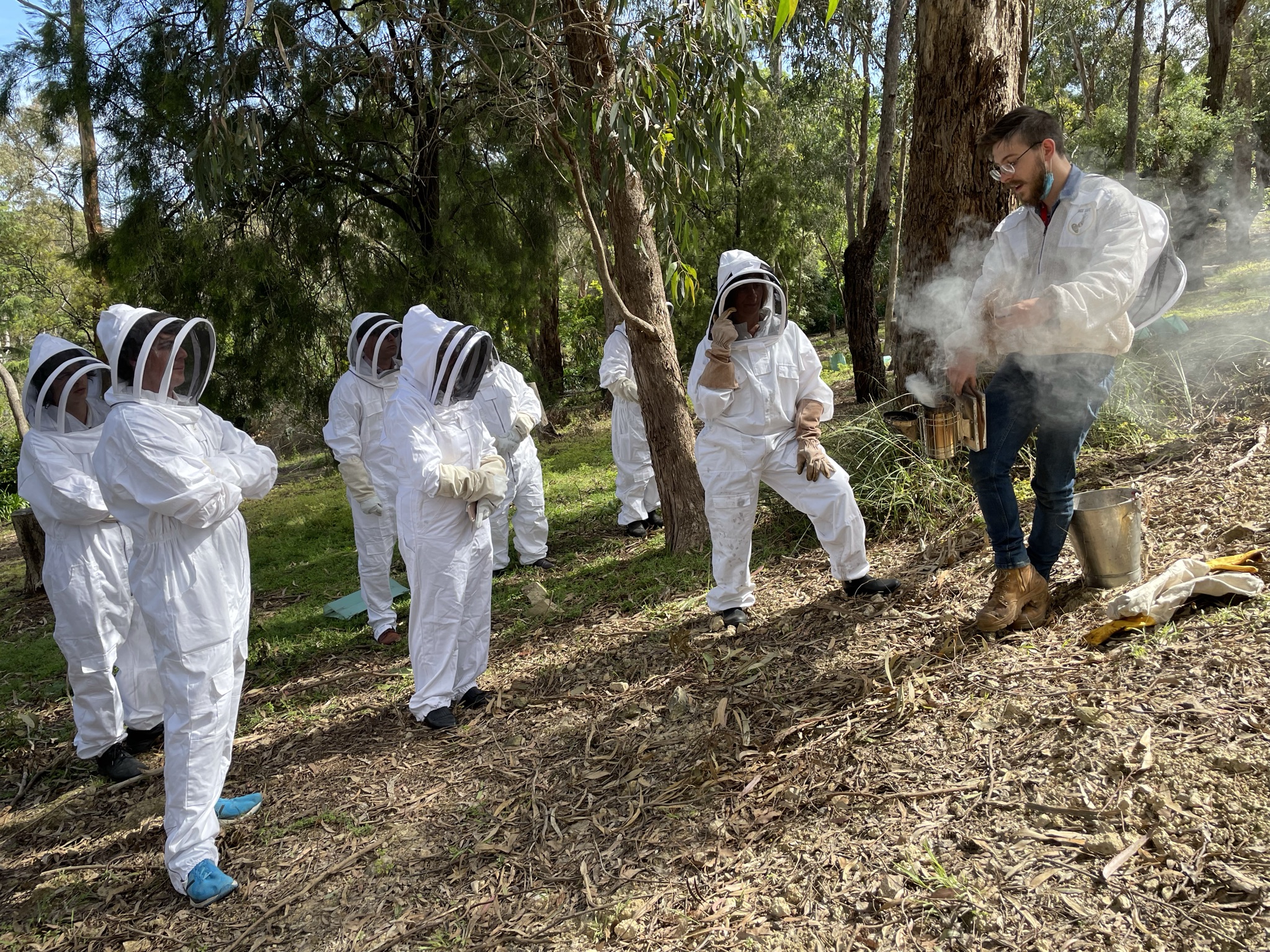 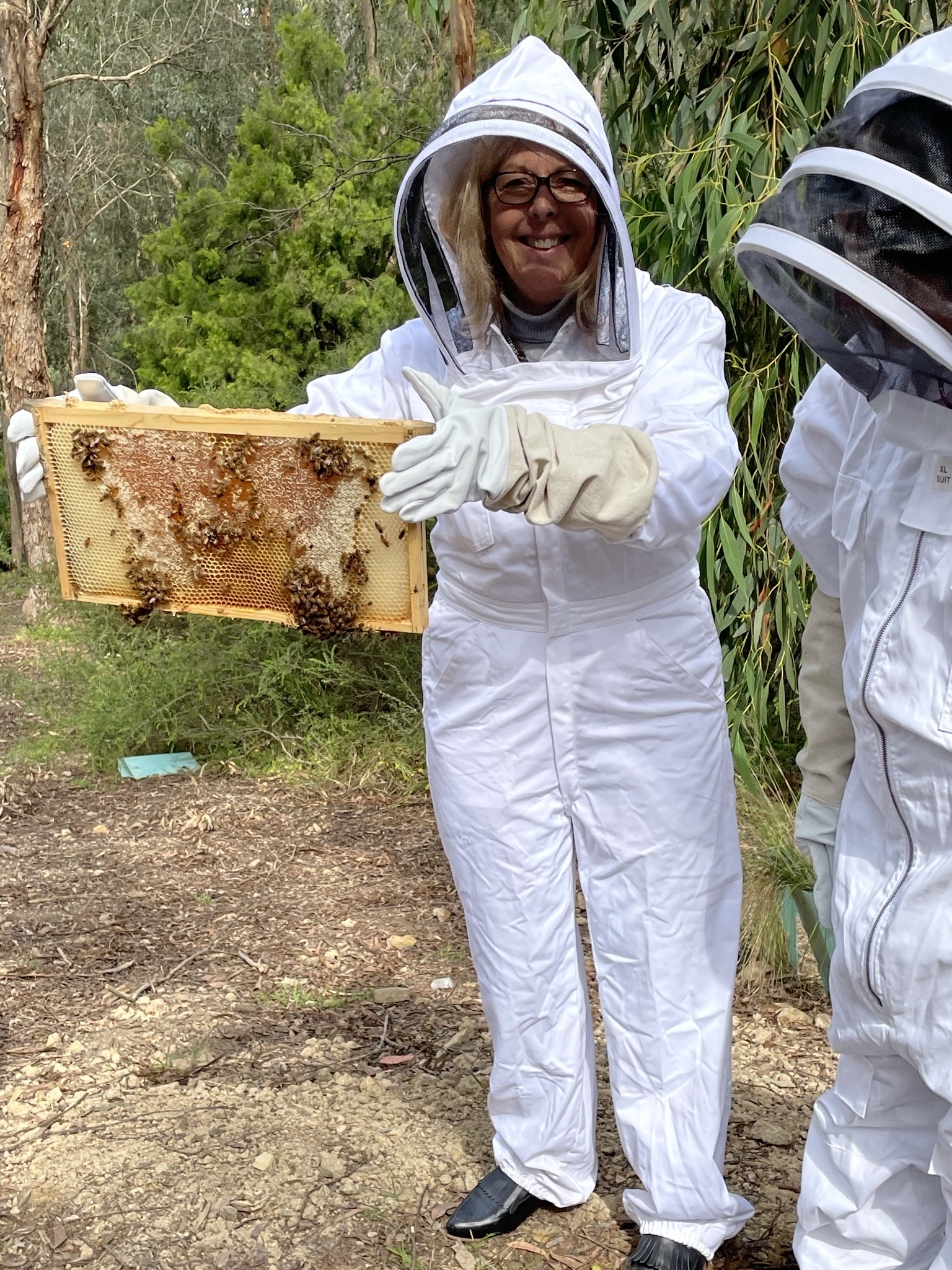 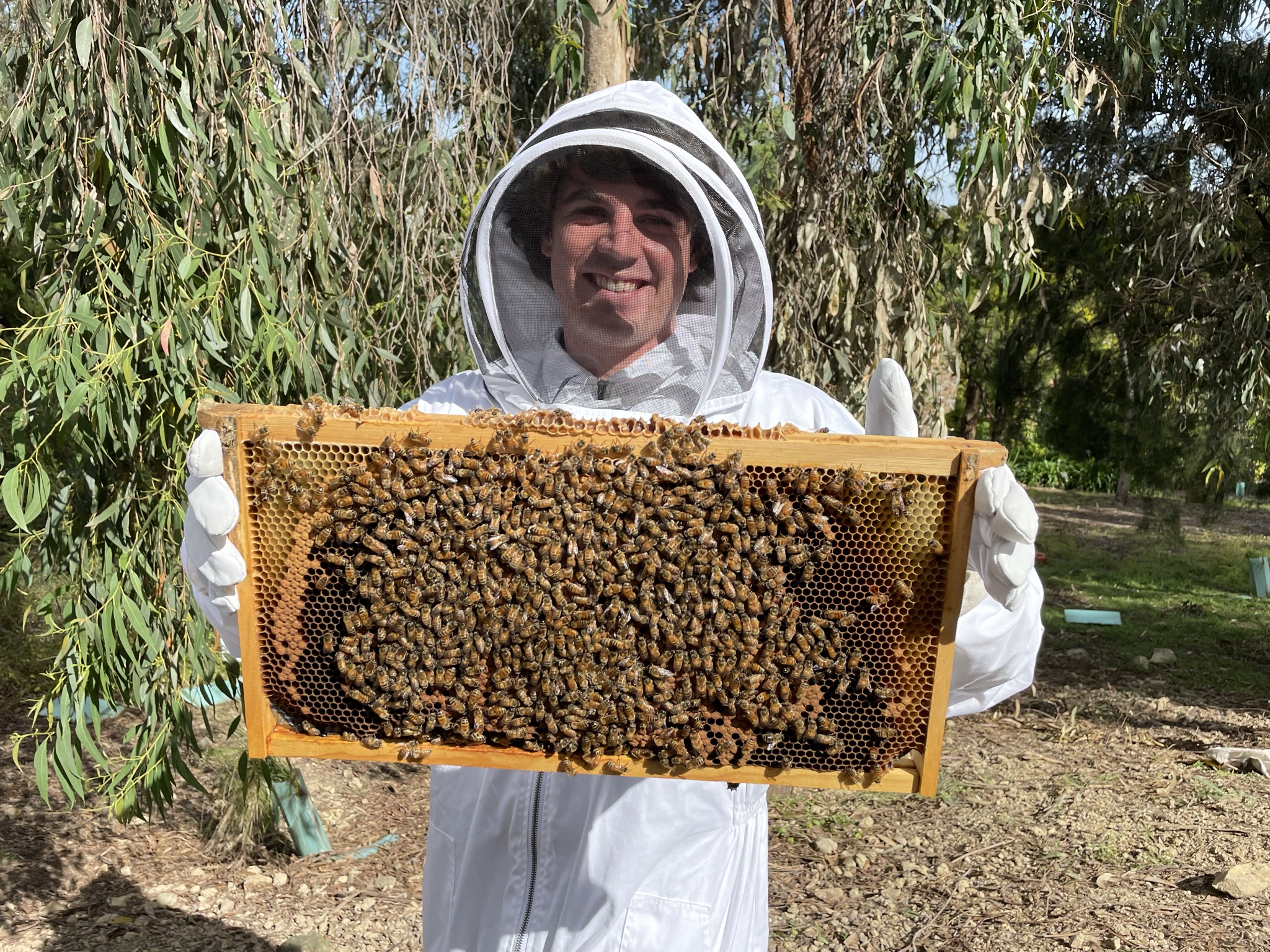 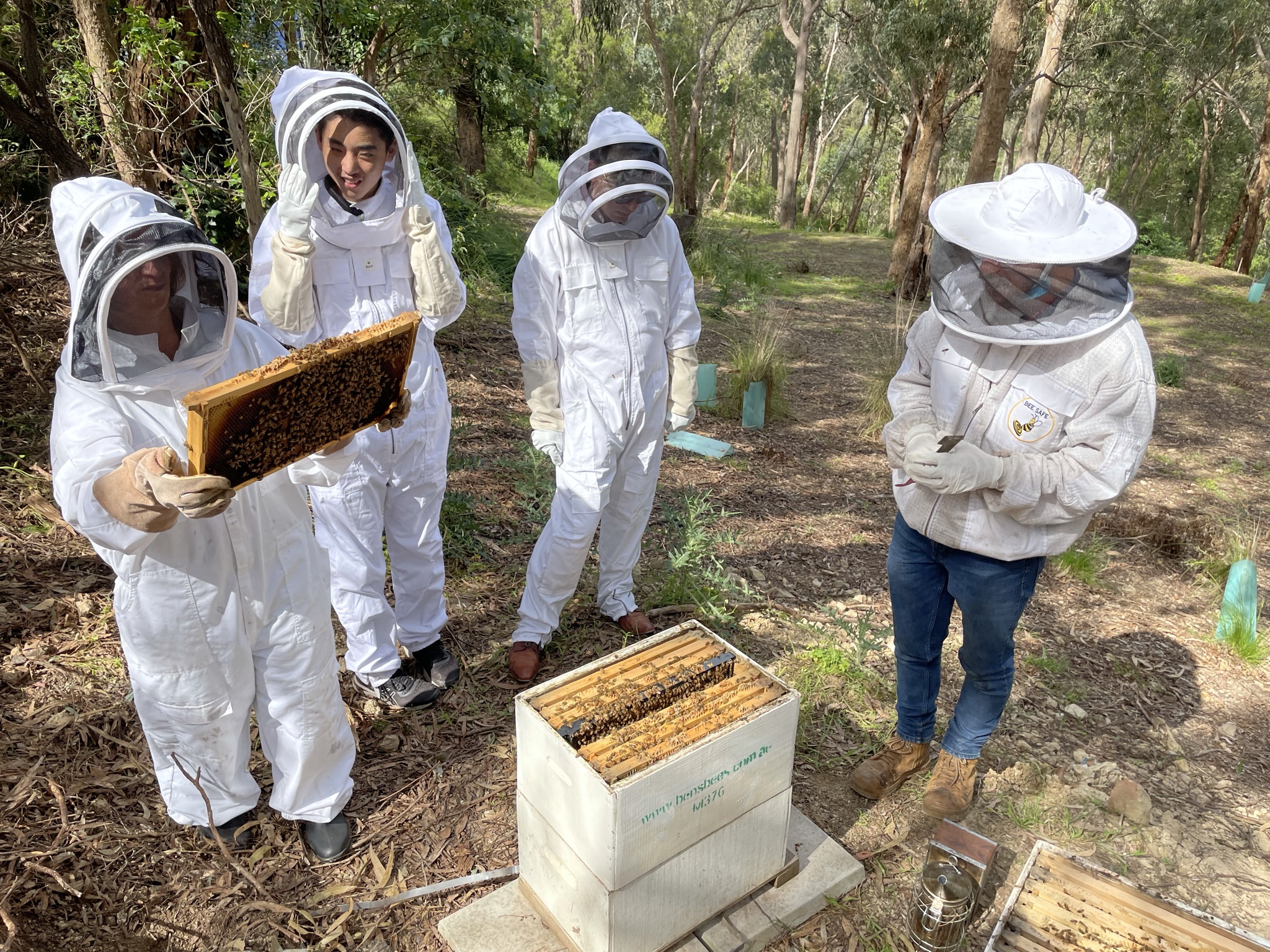 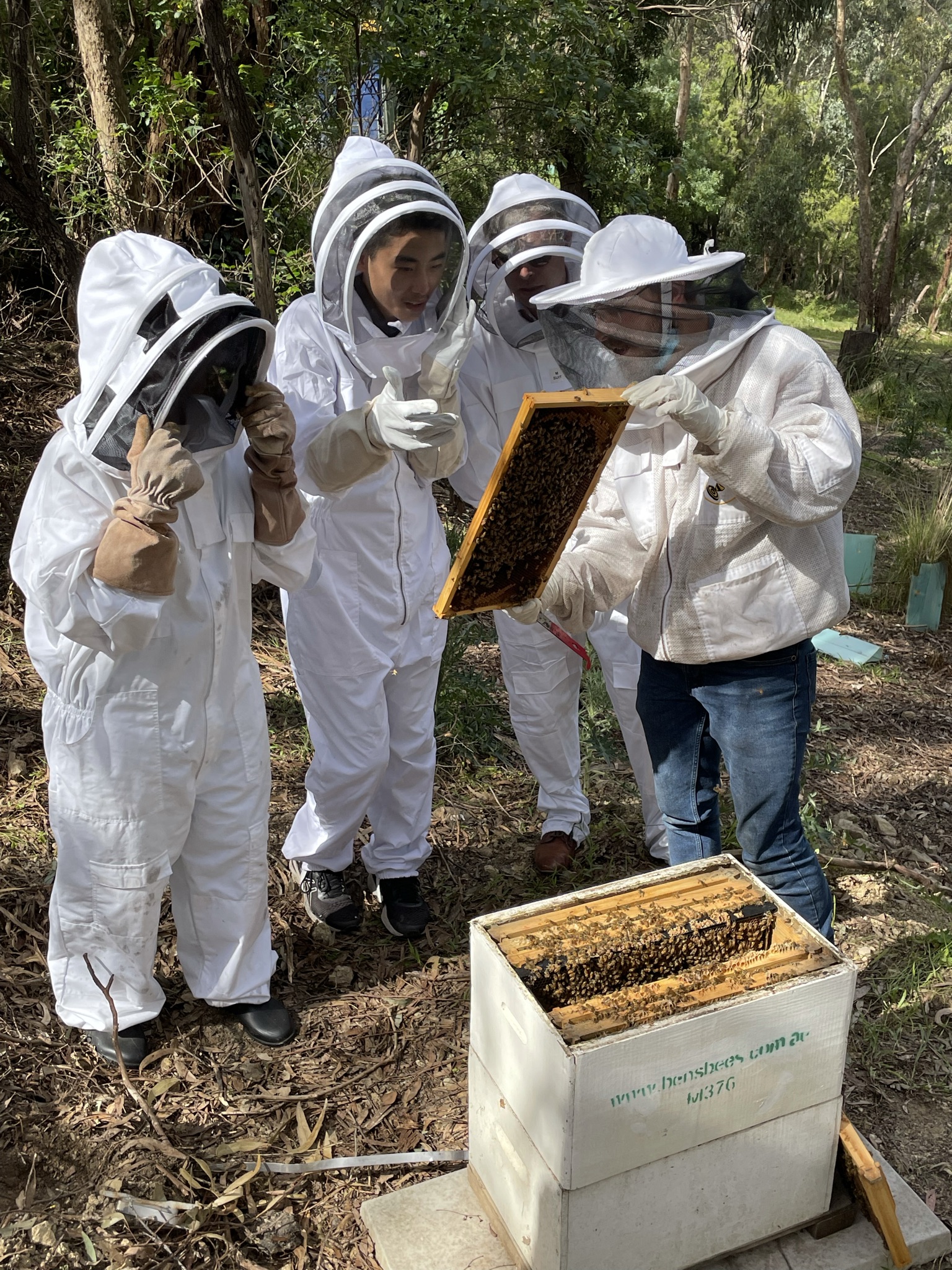 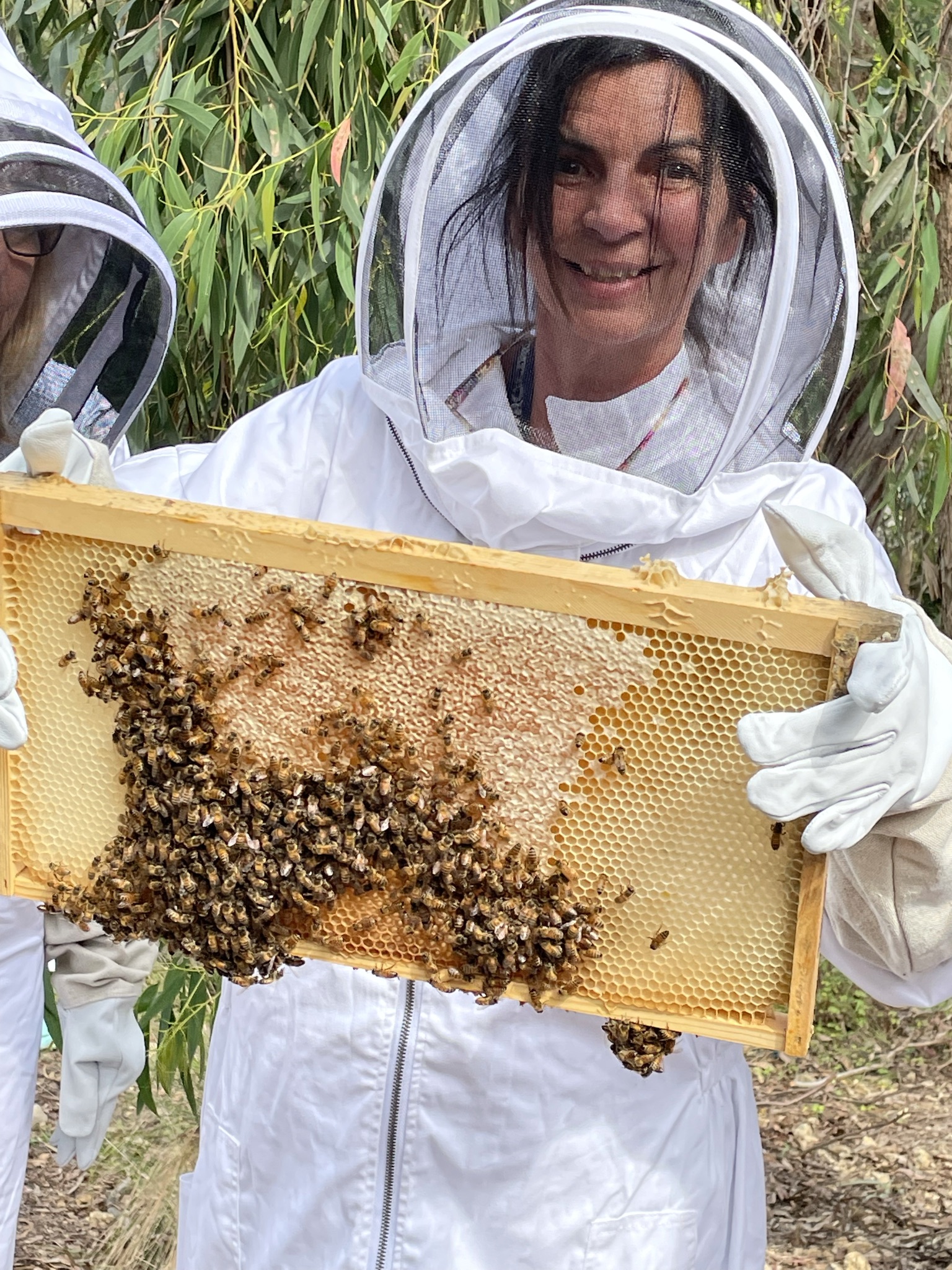