This year was one of our most successful Chess seasons at Whitefriars College. Standout performances included:

In addition, two weeks ago we also celebrated and acknowledged team and individual success. Of particular note was Lucas D’Costa and Jayden Bardrick who were crowned Chess Champions for season 2019. Most improved chess players were Simon D’Costa and Andrew Fennell; Congratulations boys! At this celebration we also bid farewell to our Chess Captain for 2019, Daniel Almaraz. We thanked him for his support and enthusiasm for the Chess Club and the players, both  this year and in the past.

The Chess club was also very pleased to receive the gift of a beautiful chess board (with pieces) made by Hamish Breen (as his Year 12 VCAL project). Hamish has been part of the chess team for a number of years and created this chess board as a farewell gift to our Club.

Finally, a special mention and big thank you to Ms Rhonda Powling for running chess club all year and supporting the chess boys to their most successful season.

The Whitefriars Chess Club meets during lunch time three times a week, every Tuesday, Thursday and Friday in the Duncan Centre. If you are interested please consider coming down as it is open to all year levels and is great fun if you’re interested in chess. New members are always welcome. 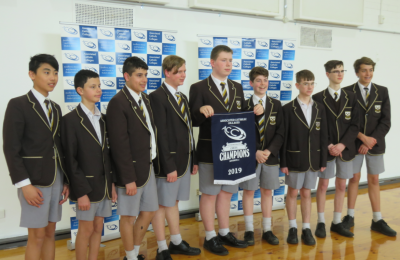 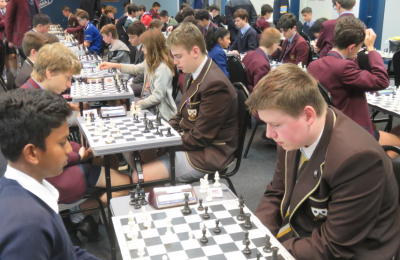 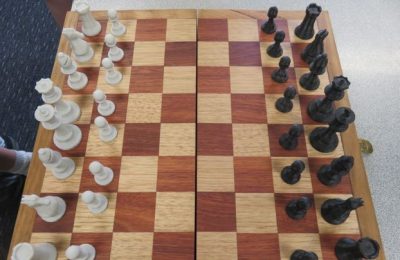 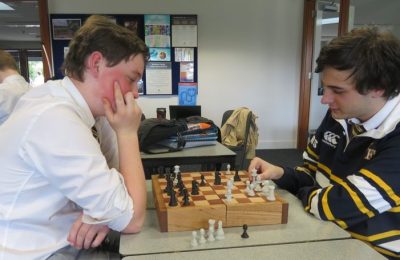