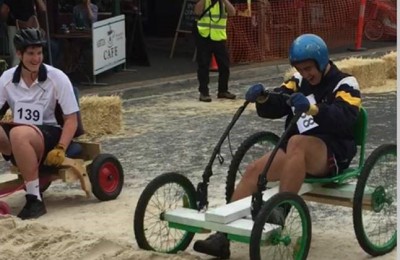 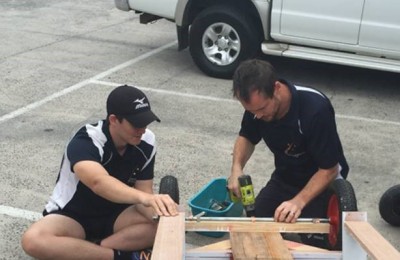 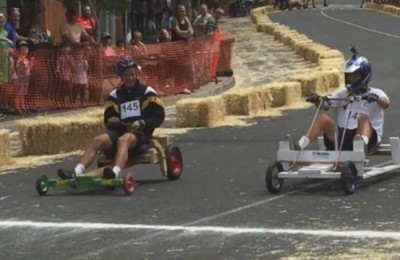 On Sunday the VCAL boys represented the College at the Annual Upwey Billy Cart races. Whilst we weren’t able to bring home a 1st place trophy, the boys efforts over the first four weeks of the year have been fantastic; they were able to design, build and race a billy cart.

The best effort of the day was Tyler Rodenberg who claimed 2nd place in the final of the Ranges Class Age 14-16 classification.

It was pleasing to hear from members of the Upwey community commenting on how well the boys conducted themselves throughout the day.

I would personally like to thank the Intermediate VCAL staff in Trent Collins, Michael Johnson, Nicolle Earle, Jarrod Ward and Michael Bohan for their work with the boys. Thank you also to Jeremy Freeman and Punita Mistry for showing their support on the day. Further mention again goes to Trent Collins and Michael Bohan who gave up their Sunday to help out with transportation of the boys and a few billy cart modifications which were required at different stages.