Back
Be Wise – End the Coward Punch

Last week’s Year 12 Formation Program presentation, ‘Be Wise, End the Coward Punch’, was a very special one for the Year 12 students and staff in attendance.

On 16 April 2016, Pat Cronin, Whitefriars College graduate from the class of 2014, was killed by a single Coward Punch as he went to assist a mate who was being attacked. Despite not being knocked out, the force of that Coward Punch was enough to facture Pat’s skull, causing an inoperable bleed on his brain. Two days later, Pat’s parents Matt, and Robyn Cronin, made the agonising decision to turn-off his life support system. The Cronin family in partnership with members of the broader community, established the Pat Cronin Foundation in 2016 to prevent Coward Punch attacks and honour Pat.

One of the key goals of the Pat Cronin Foundation is to educate young people as a way of preventing the tragedies of violence entering their lives as it did the Cronin’s. Our Year 12s were blessed to have Matt Cronin present to the boys. Matt began his presentation by telling the boys that every time he walked down the hill to Whitefriars, he felt like he was returning home. He spoke to the boys about the tragic nature of Pat’s unfortunate passing and how violence took Pat from them, his family and friends at such a young age with the world at his feet. The presentation challenged the boys to think about violence, what it looks like, its causes and most importantly, how it can be prevented.

The message Matt and Robyn have dedicated their lives to spreading since Pat’s passing to end the coward punch is so important and an incredible example of turning tragedy into something meaningful and life changing. The Cronin family will always have a special place in the heart of Whitefriars College and as I mentioned to Matt at the end of the presentation, Pat is always with us because once a Friar, always a Friar. 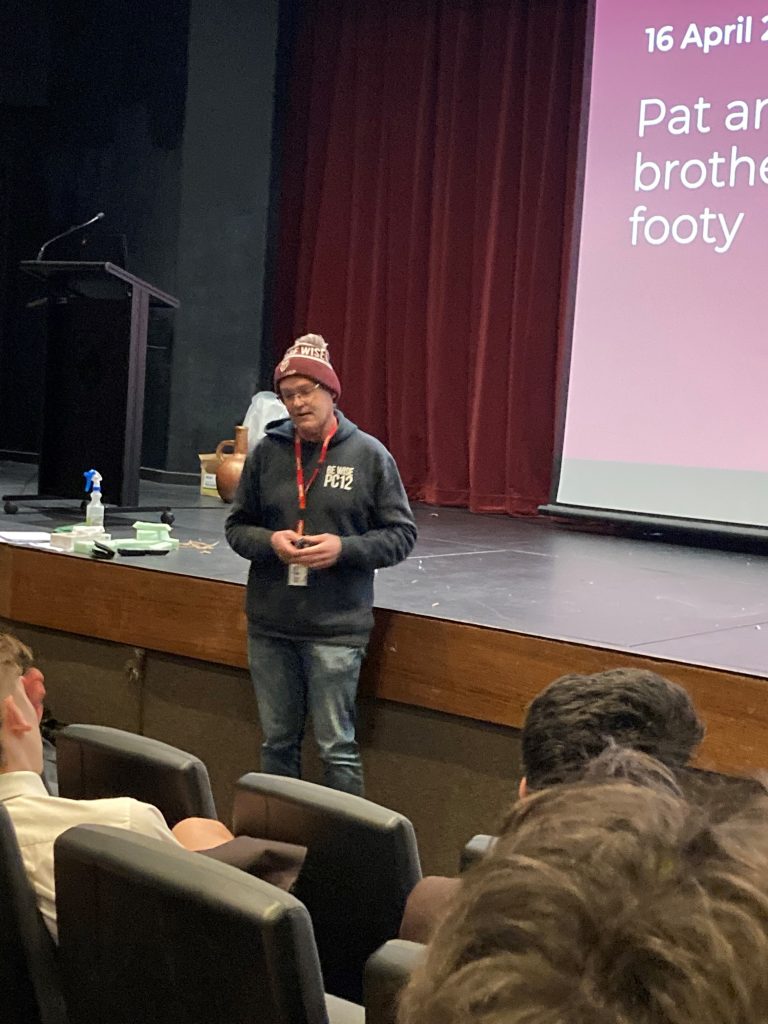