The Junior ACC Badminton Tournament held at MSAC on Thursday 30 May 3was a huge success with Whitefriars coming 2nd overall. The opposing teams were very tough, but we managed to stay confident at all times. We were well prepared for the tournament, so we were not afraid of the challenge that laid ahead us. There were 10 schools competing in the tournament, and it was a 9-game round robin. We played all the schools that attended on the day. Our biggest contestant in the tournament was Mazenod College. Mazenod College was a very strong school with strong players. Although a majority of us beat Mazenod College, they came 1st claiming the victory for multiple consecutive years. Salesian came 3rd just narrowly missing the 2nd place. A lot of the matches that we played were very close. I would like to thank Lenny Permana for coaching us for the last few months. Lenny has helped us develop our skills in playing badminton and without Lenny, the team would’ve never come 2nd place. She also came along to the tournament and supported us. Special thanks to Ms Rock who came along to the tournament supporting us, cheering us along. The school badminton captain, Timothy Abrahams gave up his school time just to come along on the day to support us. A massive thanks to Mr Yeo for supporting us on the day and hosting training sessions in the gym during lunchtime and after school. He has taught us multiple badminton skills and shown us new tactics. Everyone also had the chance to meet new students from different year levels due to badminton training which was great because I met a lot of new friends. The badminton team also had many students that were new to badminton this year and I was glad that they participated and tried something new. It was a great experience and I would recommend this sport to everyone. 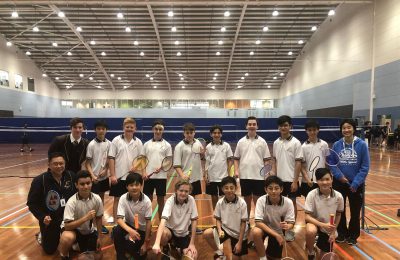 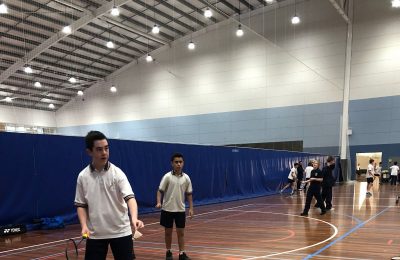 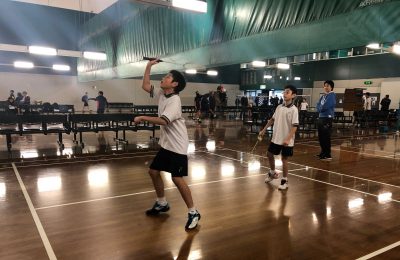 At the end of May, we competed in the ACC Open Badminton tournament at the Melbourne Sports and Aquatic Centre. We were very excited about playing the game and representing the school. We were nervous on the bus ride up to MSAC, because it was our first time competing in an interschool sport, representing Whitefriars.
Going in to the tournament, we had a strategy on how to play certain opponents, which led to great success against many schools. Although we lost to the first-place winners, Salesian College and the second-place winners Mazenod, we learnt a lot from the experience and we will endeavour to do even better in the next tournament. We feel that from these competitions we are more experienced and despite not winning, we believe it was a valuable experience.
Although we lost two games, the scores were very even and we played to the best of our abilities. A success for the Whitefriars Badminton Senior boys.
We would like to thank our ever-effusive coach Mr. Yeo, for setting up the badminton training sessions and coaching us throughout the year as well as coach Lenny Permana, who alongside Mr Yeo, prepared us for this tournament. They encouraged us during our games and helped us remain calm during stressful games. 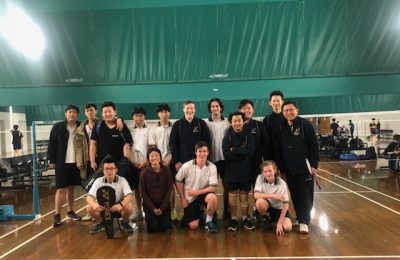 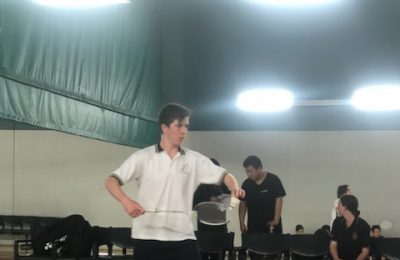 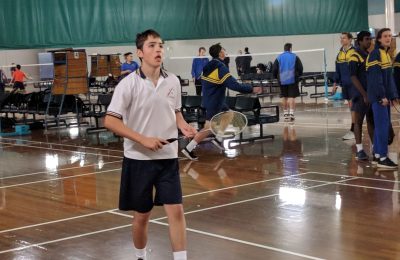 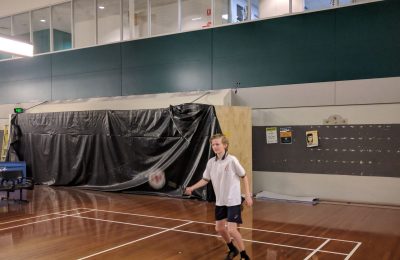