On Monday, 52 years after the referendum which recognised Indigenous Australians in the census, Toby Brown, Daniel Cutts, Marcus Mohr and Jake Passeri represented Whitefriars College at the Secondary Students Social Justice Day. Along with other Catholic Colleges, we gathered at the Australian Catholic University for the event, which was organised by the Justice Education in Catholic Schools (JECS) Committee.

The theme of the day was ‘Our Journey to Justice’, where we reflected on how justice cannot be attained by being passive, but rather by being active, involved and committed. We were introduced to the story of William Cooper, an Aboriginal activist who is known for his work in protesting for the suffering of not only his own people but the suffering of those around the world. He was responsible for the connection between both Aboriginal and Jewish communities today, by holding “the only known private protest against the Nazis following Kristallnacht”.

Following this lecture conducted by Abe Schwarz, a co-founder of the William Cooper Legacy Foundation, we were split into groups and discussed the four core principles of Catholic Social Teaching: human dignity, subsidiarity, the common good and solidarity. Throughout these talks, we discovered the workings of Foundations such as the St Vincent de Paul Society, Catholic Care, ACRATH and the Aboriginal Catholic Ministry Melbourne. When we met back together, we discussed what we had learnt about William Cooper and social justice with his great-granddaughter, Leonie Drummond.

At the end of the day, we participated in a West-African form of music using the traditional drum, called a djembe, and took part in traditional Mandinka dancing, singing along to the vibrant Usman who lead all the students. Overall, the day was extremely interesting for us and we learnt how to be active participants in our communities. 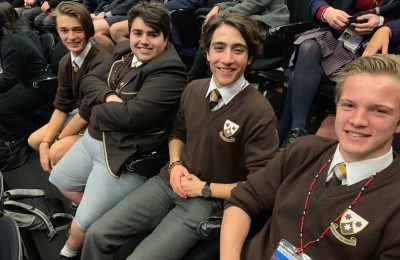 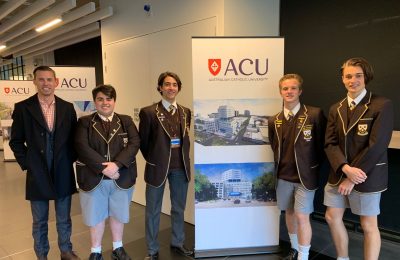